Reedy Lagoon shares jumped more than 28% on intraday trading after learning it had expanded its North American lithium ground after cutting the ribbon on 192 other placer claims on its Alvord project, which is part of from the northern McDermitt caldera in Oregon.

The explorer will remit an initial US$25,000 to GoldPlay LLC to recover the claims where GoldPlay previously landed a geochemical sediment sample containing 150 parts per million lithium.

Curiously, Reedy thinks his new ground could be initially advanced through relatively inexpensive prospecting work which, unlike Australia, requires no minimal outlay.

The company argues that its new term corresponds to a central axis of a fissured valley that predates the construction and collapse of McDermitt’s North Caldera, a type of depression formed when a volcano erupts and s collapses.

Lithium Americas recently completed a pre-feasibility study at Thacker Pass, suggesting it could pump about 60,000 tons of battery-grade lithium carbonate per year over the mine’s 46-year life.

The ASX-listed Jindalee Resources lithium-clay deposit is also near Alvord and about 25 km to the south.

After cleaning up its McDermitt resource to more than 10.1 million tons of contained lithium carbonate equivalent, Jindalee said it has the largest lithium deposit in the United States, a claim that will please Reedy given its land nearby.

According to Reedy, volcanic ash deposited in a crater lake produced during a massive volcanic eruption and subsequent caldera collapse could be the main source of lithium in the two deposits.

The company’s new turf sits at the edge of McDermitt’s North Caldera and coincides with an area of ​​high heat flux induced by geothermal hot springs controlled by a series of major north-south trending faults.

Management suggests that the areas’ geothermal activity, extreme heat flux, and widespread distribution of volcanic ash produced from multiple caldera eruptions may be favorable conditions for the delivery of lithium-rich brines and clay deposits. throughout the tenancy of the Alvord project.

Reedy will now look to head into the underground brines in an exploration room which will see the mining explorer initiate geochemical sampling of playa lake geothermal water and sediment and carry out electrical geophysical analysis work.

According to the company, 3D Audio magneto-telluric surveys are planned for Alvord, with the exploration methods previously being put to good use at its Clayton Valley and Alkali Lake operations in southern Nevada to locate brines.

Interestingly, Reedy’s two lithium operations in Nevada are within pumping distance of a pair of solid battery metal deposits, potentially opening up a wealth of business opportunities.

Albemarle, a market capped at $25.4 billion, hosts a brine operation within earshot while a subsidiary of energy giant Schlumberger is nibbling away at a pilot lithium extraction plant.

NeoLith Energy, Schlumberger’s new venture, is looking to pioneer an unconventional lithium mining technique that could produce high-purity, battery-grade lithium in weeks instead of the current time frame of around a year.

Apart from his interests in battery metals, Reedy also pursues his plans to harvest magnetite from his Burracoppin deposit in Washington State to generate iron concentrate.

The product will then be promoted to steelmakers around the world, including companies in Australia, Asia, Europe, North America and the UK.

A few months ago, the final report of a CSIRO study of the Burracoppin magnetite deposit was published, leading to the launch of MagResource, a state-of-the-art process for assessing the iron concentration of magnetite deposits.

MagResource takes into account a combination of magnetite density and magnetic properties to generate a direct link to iron content which can be used to determine the amount of iron contained in a deposit.

Reedy already has his foot on a suite of drill-ready lithium-brine targets in Nevada, a new parcel of land in Alvord and with work underway at Burracoppin, the company could be gearing up for a busy end to the year.

Is your ASX-listed company doing anything interesting? Contact: [email protected] 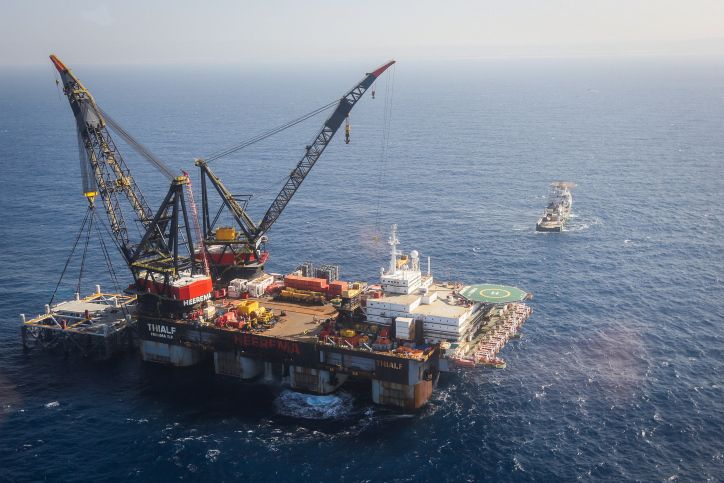