Kristina McManus July 30, 2022 Same day money Comments Off on ‘Mumbai will not be a financial capital if Gujaratis and Rajasthanis are not there’: Maharashtra governor’s remark sparks row 1 Views

Maharashtra Governor Bhagat Singh Koshyari has landed in controversy saying that if Gujaratis and Rajasthanis are expelled from the state, there will be no more money. His statement on Friday drew backlash from leaders of all political parties.

While addressing a rally at Andheri in Mumbai on Friday, Koshyari said: “…if the Gujaratis and Rajasthanis are expelled from Maharashtra, especially Mumbai and Thane, there would be no more money here. You call Mumbai the financial capital, but if these people (Gujarati and Rajasthani) are not here, then it will not be called the financial capital.

On Saturday, the governor said his remarks had been “misinterpreted” and asked political parties “not to create controversy”.

“I had no intention of despising the Marathi. I just talked about the contribution of Gujarati and Rajasthani. It was the Marathi people who developed Maharashtra to where it is today… there is no question of putting the Marathi down.

“But my statement was misinterpreted, as always. The Marathi have played the major role in the development of Maharashtra. We have started to look at things from a political prism, and we have to change that. The praise of one community cannot be the insult of another. Political parties should not create controversy. I will never insult the Marathi,” Koshyari said.

The BJP distanced itself from Koshyari’s comments. Deputy Chief Minister Devendra Fadnavis told reporters in Dhule: “The BJP does not agree with the governor’s statement. The role of the Marathis (the sons of the soil) is immense in Mumbai, Maharashtra. He added that Marathi industrialists and entrepreneurs have contributed immensely and gained recognition not only in Maharashtra but across the globe.

BJP MP Ashish Shelar said, “We disagree with the Governor’s statement on Mumbai. Maharashtra and Mumbai were built through the hard work, sweat and sacrifice of the Marathi manoos.

Meanwhile, former chief minister and Shiv Sena chairman Uddhav Thackeray said he was “not satisfied” with the Koshyari’s explanation. “The governor needs to apologize,” he said.

“He not only hurt the Marathi, he divided the Hindus. The Governor comes here under oath. Is it his job to divide communities? If it is an offence, it should be punishable by law,” Thackeray added.

Congress spokesman Jairam Ramesh said on Saturday: “His name is ‘Koshiyari’. But as Governor, there is not an ounce of “intelligence” in what he says and does. He sits on the chair only because we faithfully obey the order of “the two of us”.

Congress Leader Sachin Sawant also reacted to the statement. “It is terrible that the governor of a state defames the people of the same state. During his reign, the standard of the institution of Governor and the political tradition of Maharashtra not only deteriorated, but Maharashtra was also continuously looked down upon,” he said.

Maharashtra Navnirman Sena (MNS) President Raj Thackeray said in a tweet: “If you don’t know anything about the history of Maharashtra then don’t talk about it.”

Supriya Sule NCP of the NCP hit the governor: “Enough. It is time to send the governor back to his home state of Uttarakhand.

Shiv Sena MP Priyanka Chaturvedi said the governor’s remarks were an “insult to the hard working people of Maharashtra” and demanded an apology.

“It is an insult to the hard work of the people of Maharashtra and the Marathi Manoos who have worked day in and day out to make the state the main state in the country. Governor should apologize immediately or else we will demand to replace him,” Chaturvedi tweeted.

Previous Rail safety experts encourage life-saving conversation after another fatal crash
Next Why is a bank account essential? 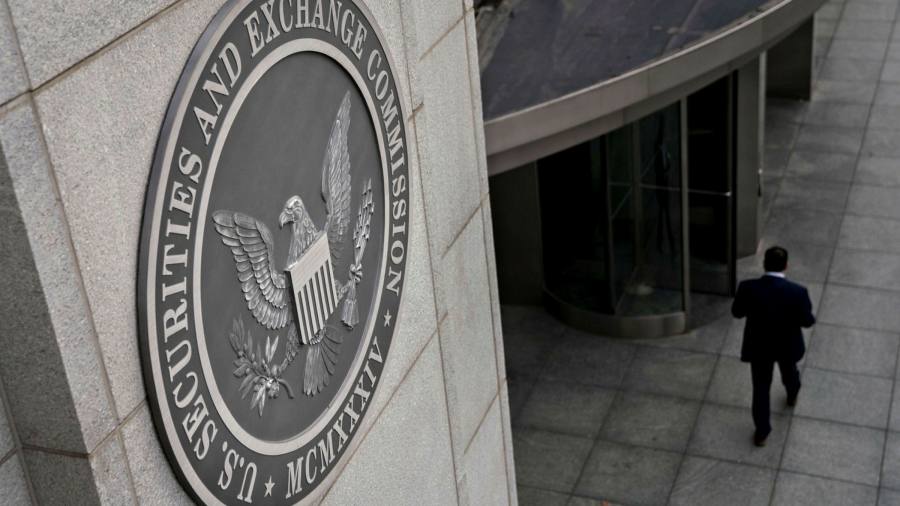 The SEC rules that some alt-coins are securities

The institutionalization of cryptocurrencies continues apace. The latest development: We learned that some alt-coins are …