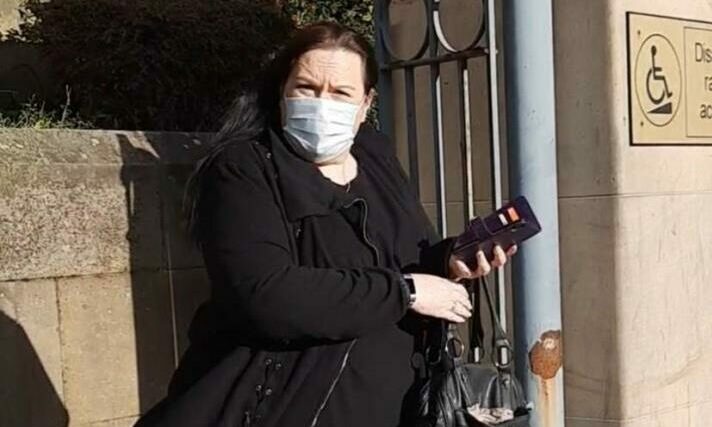 A group of desperate migrants were seen praying and kissing British soil as they walked on Kent Beach, after making the perilous journey across the Channel.

Dozens of migrants were seen crawling on all fours on the pebble beach at Dungeness on Tuesday, relieved to be safely back ashore after making the dangerous journey.

The group – mostly men and a couple of women – arrived on boats Tuesday afternoon, where they were greeted by the RNLI and the Border Force.

This is in addition to the 785 people who were rescued or intercepted by British authorities on Monday.

Meanwhile, in France, authorities intercepted 14 crossings on the same day, preventing 378 people from reaching the UK – bringing the total crossing attempts on Monday to more than 1,000.

Read more: Man tells LBC he is ‘locking down his hangar’ because he worries about the influx of migrants to Kent

It comes as Home Secretary Priti Patel is expected to discuss the issue with her French counterpart Gerald Darmanin at the three-day G7 Home Ministers meeting in London on Wednesday.

The Times newspaper reported that Patel blamed the French and said she was ready to withdraw funding promised less than two months ago if they did not stop three out of four crossings by the end of this month. .

According to The Sun, she said: “We haven’t given them a dime of the money so far and France is going to have to pull themselves together if they want to see the money.

“It’s pay for results and we haven’t seen those results. The money is conditional.

It comes as a French politician said that “nothing” could stop the crossings from France to Britain and that it was “impossible” for the police to patrol the entire coastline.

Read more: More than 1,000 migrants in small boats attempt to cross the Channel in one day

Read more: Man tells LBC he is ‘locking down his hangar’ because he worries about the influx of migrants to Kent

France has even been forced to ban the sale of rubber dinghies from Channel towns in an attempt to stop a wave of migrant crossings.

In addition to the decision to ban the sale of boats, police patrols have also been stepped up around the French coasts to prevent outboard motor thefts.

But the Sun reports that smugglers are getting around the ban by ordering boats online and having them delivered to shelters.

The inflatables and kayaks are then taken to meeting points for migrants to use when attempting to cross.

Previous If you can’t save the marriage, protect the assets – The Denver Post
Next TAAI asked MoCA and IATA to verify Alitalia bankruptcy